10 minutes south of Jervis Bay and linked to the sea by the Sussex Inlet River is the “Basin”. With the removal of commercial fishing in 2002 as part of the establishment of 24 recreational Fishing Haven’s along the NSW coastline, the Basin is by far one of NSW most productive recreational fisheries. You have a very good chance at catching a monster 90cm plus flathead, 60cm plus tailor, bream, mulloway, trevally, and pan sized snapper to 45cm are also a regular catch. A small but elusive population of bass and estuary perch inhabit the upper reaches of Wandandian Ck. This system is our first choice for most tours. 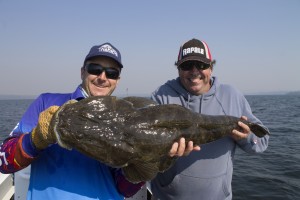 Enjoy the stunning natural beauty of the world renowned Jervis Bay Marine Park on one of our Jervis Bay fishing charters as we target Kingfish, Snapper, Flathead, hard fighting Drummer and Australian Salmon. During the warmer months from Dec – May a there’s also a very real chance of hooking small black marlin near the world famous torpedo tubes. With the removal of the majority of commercial fishing from the bay in 2002 when the Jervis Bay Marine Park was established the bay has been given a chance to regenerate and on it’s day rivals any sportfishing destination in the world.

BASS , ESTUARY PERCH and MONSTER CARP – The navigable waters of the Shoalhaven River winds it way from the entrance at Crookhaven Heads to Grady’s Riverside Retreat, then meanders on to the Tallowa Dam, and then beyond towards Braidwood west of Batemans Bay. The enigmatic Australian Bass and Estuary Perch tend to be a more viable target during the spring and summer months, particularly Bass in the height of summer when the cicada’s are singing in the tree’s.The upper part of the river and Tallowa Dam also offer large Carp on both bait and fly. Mulloway, bream, flathead, whiting, Australian Salmon and Tailor are found in the lower reaches of the system year round. 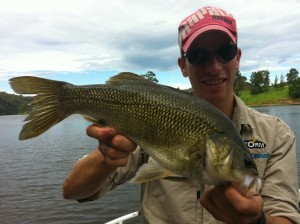 Another recreational fishing haven this system enters the sea just south of Cunjurong Point near the village of Lake Conjola about 20mins north of the town of Ulludulla. Shallow sand flats drain into a deeper basin with shallow feeder creeks and all the usual species are present. NSW Dept of primary Industries has recently created an artificial reef to increase fish habitat (along with the Basin).

Your guide has over 20 years experience fishing this coastline and has a few other less populated and less accessable systems that are targeted with the right conditions. Gamefishing charters can be arranged upon request.